Pools announced for 2018 #SittingVolleyball World Championships in The Netherlands

Posted on 30 June, 2018 by sittingvolleyball 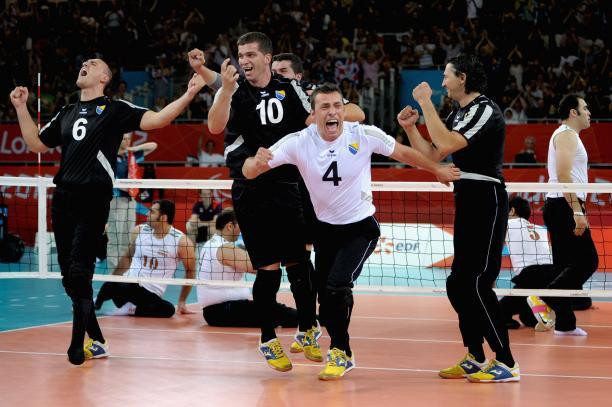 The groups have been announced for the 2018 Sitting Volleyball World Championships, with defending men’s champions Bosnia and Herzegovina drawn alongside Rio 2016 bronze medallists Egypt in Pool D.

In the women’s competition, defending champions China have been drawn against Slovenia, Iran and Italy in Pool C.

Both competitions will take place in The Netherlands between July 15 and 22.

In the men’s event, Iraq and Poland will join Bosnia and Herzegovina and Egypt in Pool D.

Pool B will see the Rio 2016 gold medallists and six-time world champions Iran play the European champions Russia as well as Japan and Germany.

Pool C includes the world number two team Brazil, alongside the Asian champions Kazakhstan, Ukraine and Croatia, while the final group is made up of hosts The Netherlands, the United States, China and Rwanda.

In the women’s event Paralympic champions the US are joined by Japan, Russia and Hungary in Pool B.

The African champions Rwanda are in Pool A alongside Canada, Croatia and the hosts The Netherlands, while bronze medallists from Rio 2016, Brazil, have been drawn in Pool D with Finland, Ukraine and Egypt.

While Pool C is made up of China, Slovakia, Iran and Italy.

As the defending champions, China will begin the competition in Arnhem when they play Italy, while Egypt will open the men’s competition against Poland in Venlo.

Throughout the competition, both The Hague and Eindhoven will also host men’s matches.